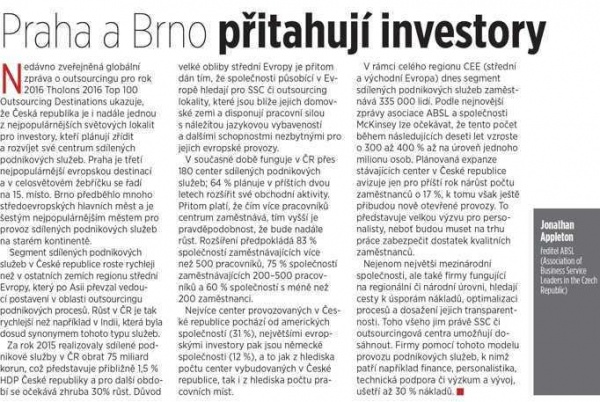 The SSC/BPO segment in Czech Republic is growing faster than in any other Central European country and its turnover in 2015 created 1.5% of Czech GDP. Estimated sector growth in 2016 is around 30%. More than 60% of existing SSCs are planning to expand their activities during the next two years and headcount is expected toincrease 17% during the next year. Considering that and also new businesses coming to Czech Republic the current labour market cannot provide enough skilled multilingual candidates. That is why companies will have to hire more foreigners. At the moment around 34% of employees of Czech SSCs are foreigners, mostly from EU countries.